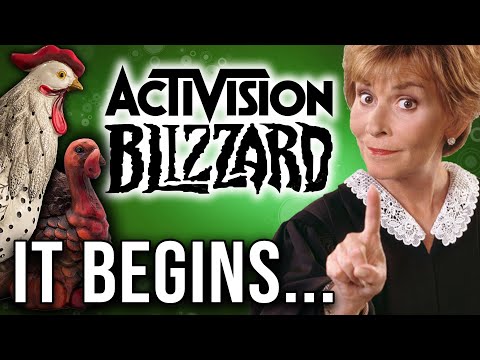 Six shareholders of Activision Blizzard have interposed demands towards the company that have to do with the future purchase by Microsoft.

These demands allude to the fact that the purchase violates the Law of Bags and Values.

The first demand Kyle Watson interposed in California. In it, Watson affirms that the purchase of activision by Microsoft is “unfair for a number of reasons.” According to Watson’s lawyers, one of these reasons is that the acquisition seeks to “create significant and immediate benefits for the Board and managers.” F

Watson affirms that the Agreement between Activision and Microsoft did not seek the best interests of the shareholders, and that Activision did not give these the necessary information to make a “intelligent, informed and rational decision.”

The lawsuit also indicates that Activision Blizzard “did not create an independent committee of directors disconnected with the subject to manage the purchase process.” The rest of demands have similar reasons and tones.

A spokesman for Activision Blizzard has expressed, in response, that “we disagree with the accusations and we hope to present our arguments to the courthouse.”

These demands are added to the many others facing Activision Blizzard by numerous cases of sexual harassment and discrimination in the work environment.