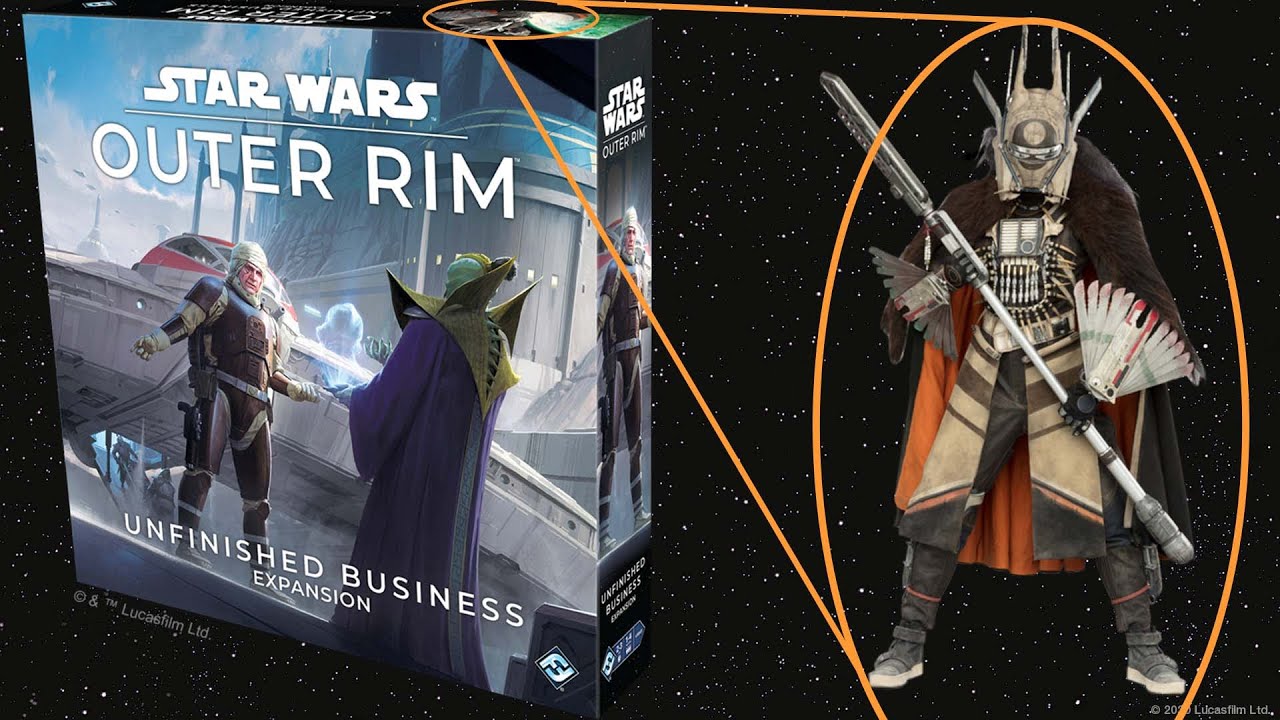 Fantasy Flight Games delighted a few Star Wars fans when they revealed a next expansion for the excellent Star Wars: Outer Rim entitled Unfinished Business, although they did not share a lot of details with the official announcement. Now Fantasy Flight has revealed more in-depth preview of expansion, which will double the number of cards in the game and introduce new features, more encounters and more characters to meet and play, as well as the great addition of Core Worlds to the game board.

Core Worlds is installed at the ends of the board and, in addition to containing new planets, they also serve as fast travel points so that players can go from one end to the other of the board. Now, traveling in all areas with these entails risks, since the core worlds are under the control of the empire, and if it has a negative reputation with imperial forces, you can expect them to be challenged when traveling.

This makes the world of Outer Rim even more complex, since if a contact form of a player’s character is revealed, you will not be able to use it to fulfill a reward for that character. Instead, you must enter combat with that player and win if you want to charge the reward, which comes with its own rewards. There are also optional rules that can make the game even more interesting, as debt chips that represent future favors between players, or ambitions, which introduce a series of goals that you must complete to win the game.

We do not see the time to check what Unfinished Business adds to Outer Rim, and you can reserve the expansion now will be sent on June 10.

Are you excited about UNFINISHED BUSINESS? Let us know in the comments and, as always, you can talk about everything related to the table with me on Twitter @MattaguilarCB!