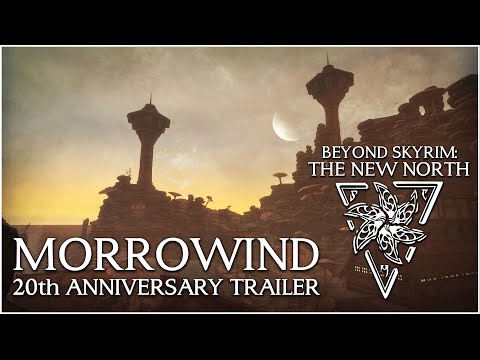 The creators of the large -scale modification of Beond Skyrim for The Elder Scrolls V: Skyrim congratulated the fans of the universe of the ancient scrolls on the anniversary, perhaps, the most beloved part of the series.

The Elder Scrolls III: Morrowind turned 20 years old.
In modifications, players will go to the northern islands of Mordovind Province, including the island of the Blick.
In addition to new locations, the developers have prepared a huge number of new quests, dungeons, and equipment.
Currently, The New North does not have a scheduled exit date.