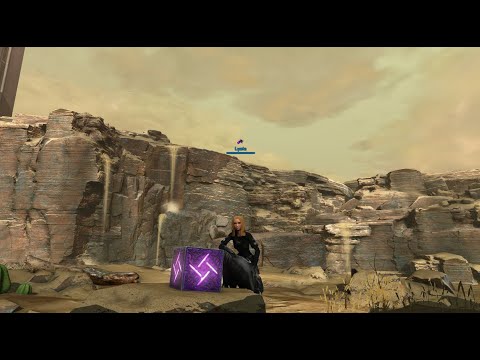 I apologize for the bad lighting, the entire room is pretty dark, and he does not like to move near the lights. The brand-new design makes me think that the Tieback is somehow a distant cousin of the Wriggling Horror from TFB considering that they both feature dopey eyes and popular teeth.

When the world boss was at first released to the PTS previously this month, it remained in an extremely insufficient state.

Lots of attacks didn’t have correct animations and the design (at the time) was the very same as the very first boss from Dun, the Pack Leader AKA Red. Now, Withdrawal has proper animations and a special design!

Based on the damage the Withdrawal was dealing, it certainly appears possible, however it would take a long period of time.

The manager is still incomplete. It does not deal quite damage at all; my companion was able to keep me alive as a DPS and someone apparently managed to solo it.

BioWare has actually made extra changes to Fury Marauder and Concentration Guard:

One of Story gameplay and systems designers, Shabbir Dillon, offered the following description on the forums:

The only thing that actually needs to be made with Fury/ Concentration anyway is making it so gamers can’t or do not need to right-click off Berserk/ Zen for a DPS boost that enables their current unreasonable dummy numbers.

They ought to have one of the level 43 choices provide a higher difficulty and greater reward while the other be the opposite like it is for Rage Juggernaut/ Focus Guardian.

I believed the autocrat from Berserk/ Zen was a neat idea. While I acknowledge it increases the obstacle of the rotation because you need to precisely time its activation, BioWare must keep it around in some kind, and having it on a capability tree buff makes sense.

BioWare doesn’t require stressing over the burst potential of Fury/ Concentration even with the existing autocrat given that they lack appropriate offensive cooldowns (OCD’s) to make it a competitive burst specification.

Hybrids then being in the middle where neither their AOE nor burst are amongst the very best, but they can do both. Under this framework, it would make good sense to incorporate Smash/ Force Sweep into the single-target rotation together with Raging Burst/ Focused Burst with no sort of single-target DPS loss.

Burst capacity is incredibly inconsistent, but it’s mostly balanced against AOE capabilities where the worse your burst capacity, the better your AOE potential, and vice versa.

It’s strange to see BioWare messing around so much with such a small problem though since these labels do not matter all that much anyhow.

Regardless, there are far larger problems than attempting to get specific disciplines that are doing fine DPS-wise to better adhere to these unclear labels, consisting of:

Nevertheless, they do not all seem on the very same page in regard to methodology, appropriate quality, or issue prioritization. The ethereal DPS targets that only some members of this group reference feel outdated, and it seems like no bachelor on the balance group has a total idea of how all specifications must feel and perform.

This is total guesswork, so take it with a grain of salt, however from checking out the current (significantly valued) developer explanations, I get the impression that BioWare has actually multiple individuals appointed to deal with battle style balance, potentially where each person is in charge of a couple of fight designs.

Once again, I could be completely incorrect about my impression of how the dev group coordinates the balance changes internally, however either method, it absolutely seems like BioWare is squandering time making arbitrary modifications to Fury Marauder and Concentration Sentinel that make the discipline less interesting when they have much bigger fish to fry.